Hari Sreenivasan: We know from history that that both peaceful and violent demonstrations can change the political landscape. Omar Wasow is an assistant professor in the department of politics at Princeton University and studies the history and political effects of protest. Omar, you've been looking at the 60s as a period of social unrest, but also how that influenced opinion and you just recently published some of this. What have you learned?

Omar Wasow: I looked at both nonviolent and violent protests in the 1960s. And to be clear, this is looking at thousands of protests over about a dozen years. And what I found was that protests are enormously powerful at generating press. And in addition, what the news covers predicts what changes in public opinion. So when there was a massive wave in the early part of the 1960s of nonviolent protests that drove headlines about civil rights. In a later period in the 1960s, as we start to see more violent protest, we see more coverage of riots and public opinion shifts. And the most important problem, people say, is issues of crime and riots.

Omar Wasow: So framing matters enormously here. And I think both protest tactics and media coverage matter a lot. So they're both important actors. And protesters obviously have the ability to make choices about what kinds of tactics they employ, what kinds of strategies in terms of rhetoric, what kinds of things are done. For example, in the 1960s, we see really remarkable intention to create very dramatic images that would help to, in the language of the 1960s shock the conscience of the nation. The framing that the media does is really central here. So whether we're sort of looking through the eyes of the protesters or really through the eyes of the police matters a lot. And that kind of justice frame or a police-centric frame does a lot to shift public opinion. And in the latter part of the 1960s that we saw more violent protest arise the frame really does shift from justice to this kind of focus on kind of disorder and riots and that that shift in the media frame has a significant influence on public opinion.

Hari Sreenivasan: One of the questions that people have is, how will this play a role in November's election? 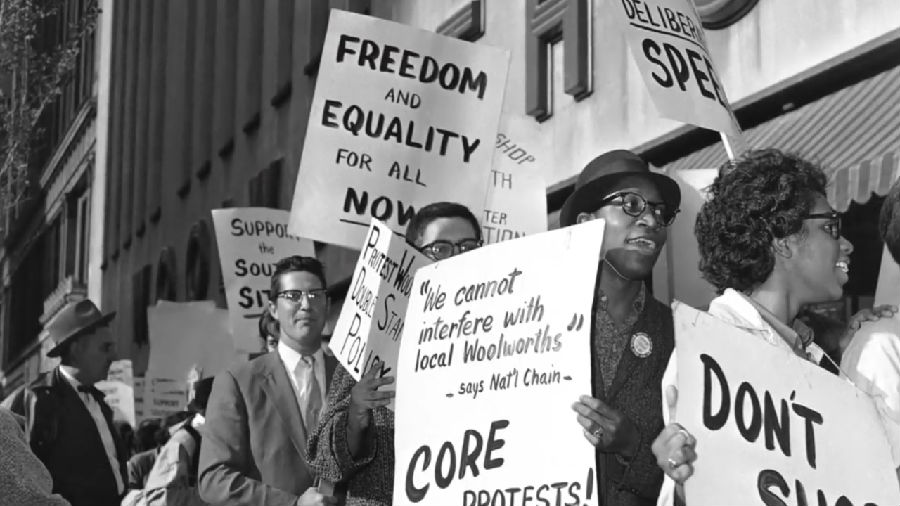 Omar Wasow: Yeah, I think that's a very good summary, and I think it's also really important to begin with the sort of people's sense of rage and grief and horror at what they saw in this imagery, in this footage of George Floyd's death. Right. That seeing a member of the state engage in violence against an unarmed citizen is is enraging for a lot of people. And when our attention focuses on that act of state violence, it it moves that, you know, there's a persuadable chunk of voters who sort of say, oh, I care about that issue. That's something that's going to, you know, mobilize me. But as the conversation shifts to acts of protester initiated violence, it you know, for those persuadable voters, the story becomes more complicated. And protesters can move those this is what I see in the 1960s. And so we should it's also the kind of tactics protesters employ are a kind of rhetoric that is persuading voters who may be sympathetic both to George Floyd and potentially to concerns about disorder.

Hari Sreenivasan: Omar Wasow, assistant professor at Princeton University. Thanks so much for joining us.

Omar Wasow: Thank you so much, Hari.